June 15th, 2012, Shizuoka, Japan – As a part of the Junior Project by Team APEV with Monster Sport, team brought a special lecturer, Nobuhiro (Monster) Tajima to a local Jr. High School in Iwata-city Shizuoka-pref, Japan where Monster Sport factory is based out of. 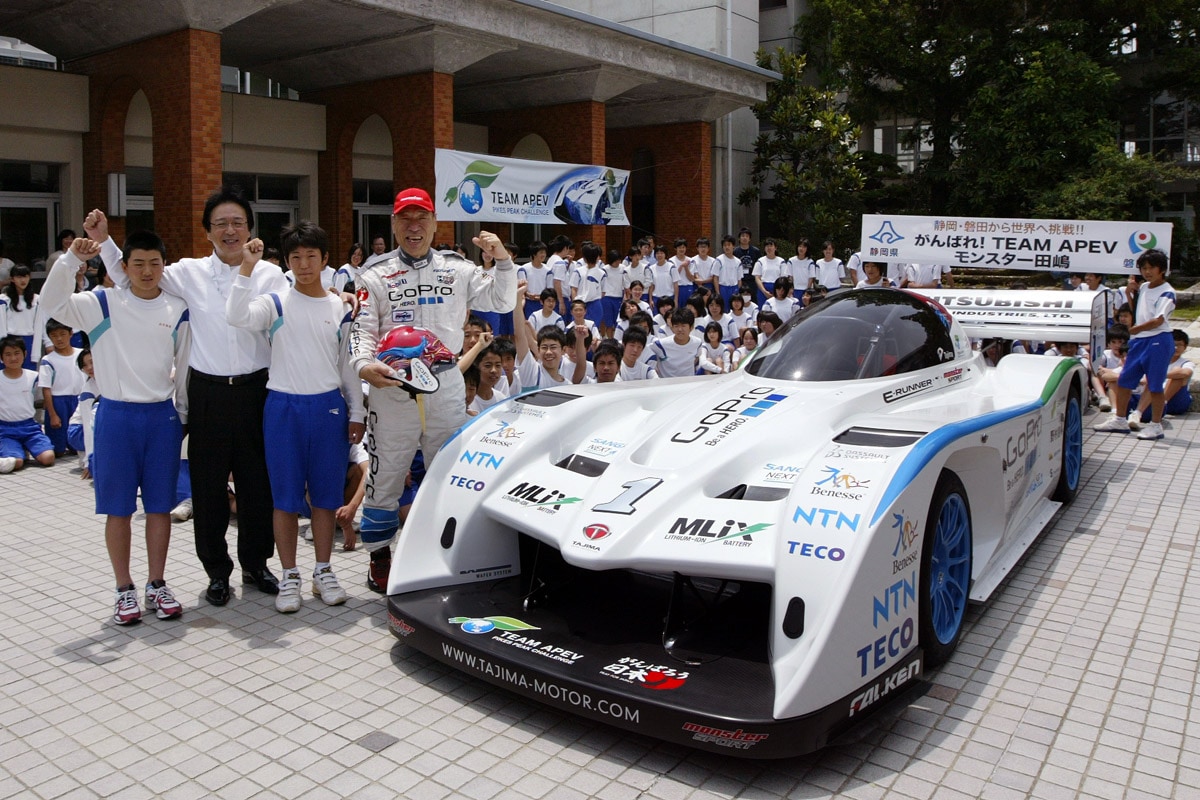 Eighth graders of the school, 170 of them were met with Monster Tajima on Friday.  Monster expressed his passion for the importance of following their dreams and his new challenge of electric car racing. 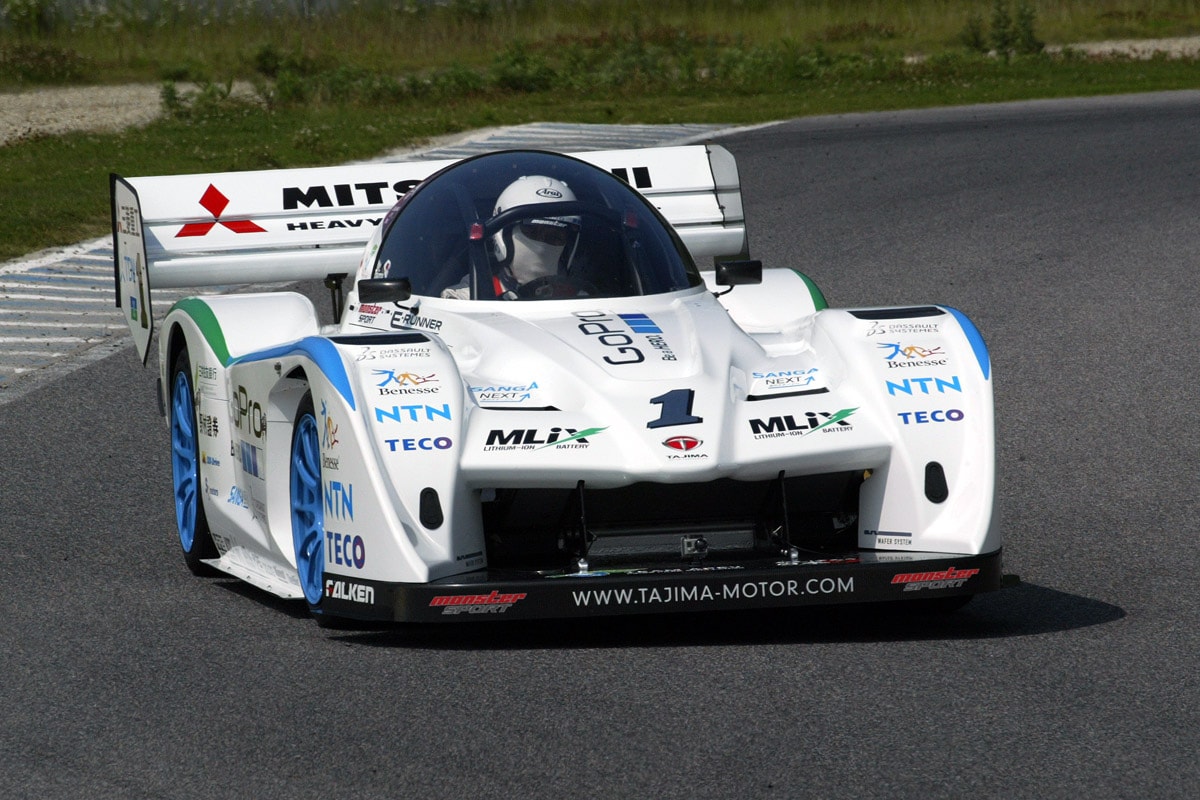 After Monster’s lecture, students were led to the school ground for the unveiling of the Monster Sport E-Runner Pikes Peak Special’s new livery.  Iwata-city’s mayor, Besides the students, Osamu Watabe was there to support the team’s great success of the 7th consecutive victory at Pikes Peak International Hill Climb (PPIHC) on July 8th, 2012 in Colorado Springs, CO. U.S.A.

Then the E-Runner was transported to the nearby race track in the afternoon. Monster Tajima did a demonstration run in full speed in front of his fans and media.  The crowd was ecstatic and Monster was proud with the performance of the race car.

The team is busy with the final preparation for the race week of PPIHC and there will be team members from Japan, U.S.A., New Zealand, Australia and the UK led by Team Manager, Paul Wilding of Monster Sport Australia.  Before PPIHC, Monster Tajima will first visit Los Angeles for the X-Games where his friends, Marcus Grönholm and Ken Block will be competing at the X-Games Rally Cross / GRC.  A media interview is available in Los Angeles during Monster’s visit.  Also the team will host a press conference at McCloskey Motors in Colorado Springs at 10am on July 2nd.  Please RSVP (It’s open to the members of media only)
Tagged Big Joe AutoColoradoColorado SpringsE-RunnerMonster TajimaPikes Peak International Hill ClimbPPIHC

See What Our Customers Have to Say